Abortion tourism is nothing new; it was popular in the early 1970s because many states in the U.S. placed strict bans on abortion. Therefore, women traveled to obtain an abortion in states where it was legalized, expanding the growth of abortion tourism.

However, the abortion tourism market witnessed a noticeable downturn around 1973 due to Roe v. Wade, a legal case in the U.S. that led to the Supreme Court’s decision to protect women’s right to abortion on January 22, 1973. As a result, abortion was legalized in every state, so many women didn’t see the need to travel to obtain an abortion. Yet, it remained in practice. Some states in the U.S. had stricter restrictions than others. So, when women discovered they were past the timeframe of the limit accepted in their states, they traveled to other states where their timeframe was accepted for their abortions.

Abortion tourism is experiencing remarkable growth once again. The Supreme Court overturned Roe v. Wade on June 24, 2022. According to Justice Alito, the author of the draft Dobbs opinion, Roe v. Wade was ”egregiously wrong,” ”exceptionally weak,’’ and “a decision with damaging consequences’’ hence, the need for its overturn.

The overturning of Roe v. Wade will enhance abortion tourism as more women will travel from their states to places where abortion is legalized. Although the new Supreme Court’s ruling allows states to prohibit abortion, individual states reserve their rights to legalize or prohibit abortion. So, while some states will ban abortion, others will embrace it. According to the Center for Reproductive Rights, up to half the states will likely ban abortion. However, about 16 states and the District of Columbia have enacted policies that ensure abortion is protected under state laws.

Although the abortion tourism market will grow due to the overturning of Roe v. Wade, the challenges associated with abortion tourism persist. Many women will need to travel more than a hundred miles to access abortion in other states, increasing their expenses.

For this reason, many companies are rising to the challenge by paying for abortion travel. Amazon, an American multinational company, the world’s largest online retailer, and leading cloud service provider with over 1.6 million workers announced that it will reimburse up to $4,000 in travel costs for employees seeking abortions. Its policy will also cover other non-life-threatening conditions with physical constraints if treatments are not available within 100 miles of workers’ homes.

Shortly after the overturn of Roe v. Wade, in an internal memo obtained by CNBC, The Walt Disney Company, announced to its employees that it remains committed to providing all-around access to healthcare for workers, including abortions.

Meta, formerly known as Facebook Inc., also declared it will reimburse travel expenses for workers who obtain reproductive care outside the state. According to Meta Spokesperson, Andy Stone, the company will offer travel expense reimbursement to the extent permitted by the law.

In a company memo obtained by CNBC, JPMorgan Chase, an American multinational investment bank, announced to employees it will cover travel expenses to states where abortion is legalized. Bank of America, the Nation’s largest bank, also said it will cover abortion tourism costs for workers who need to travel out of their states for reproductive care. Other famous companies offering abortion tourism healthcare benefits include Netflix Inc., Microsoft Corp., Alaska Air Group, Tesla, and Yelp.

These companies’ support is proof the abortion tourism market will witness astounding growth as travel costs will no longer be a challenge for many women.

Now that abortion tourism is witnessing notable attention, medical tourism agencies must prepare adequately to meet the demands of medical tourists seeking reproductive care. We are dedicated to providing the training, certification, website design, and digital marketing campaigns required to build recognition and get your agency in the eyes of thousands of medical tourists. Contact us today to begin.

Gill is an expert on the topic of health tourism and specializes in working with facilitators and international healthcare providers. He has experienced highly successful outcomes through strategic marketing initiatives. With broad cultural, interpersonal, and sales experience, his skill set and passion have allowed him to develop and implement innovative programs and deliver favorable results. Each day he strives to contribute his expertise in global healthcare and brand development to the overall benefit of the medical travel industry.
Subscribe to Newsletter 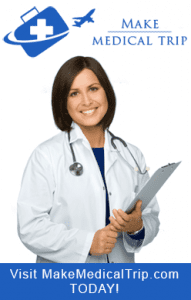